Throughout 2017 Disabled Living celebrated 120 years of delivering services. This was a phenomenal achievement from what started out as a small Manchester based charity originally called the Band of Kindness to a charity providing services throughout the UK and further afield.

As a result of a major fire in 2009, Disabled Living lost all its older archived material. However, a totally unexpected phone call a couple of years ago changed all that. We were delighted to hear from the son of an ex employee who had worked for Disabled Living in the 1960’s. Unfortunately, his mother had recently passed away and while he was sorting out her house, he found a number of boxes in the attic of photographs and memorabilia relating to Disabled Living. We are very thankful to Mr Valentine who realised the importance of what he had discovered. If it wasn’t for his mother ‘hoarding’ as Mr Valentine put it, I would not be in a position to share our heritage with you in 2017.

So what does the future hold?

Throughout 2017, Disabled Living celebrated 120 years of providing services. With the support of a Heritage Lottery Fund grant, we embarked on a number of projects to capture the charity’s heritage. Lots of volunteers participated and gained new skills. Learn more about Disabled Living’s history below.

Sign up to receive our monthly e-newsletter to keep you up to date on Disabled Living’s news and development. 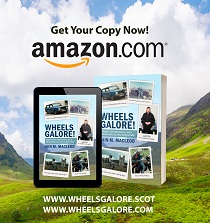